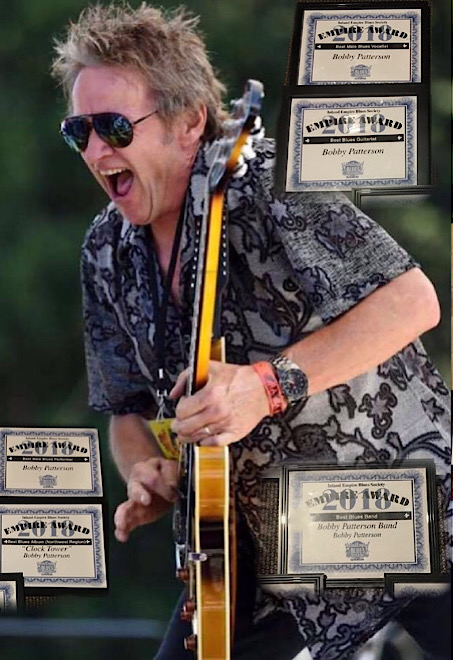 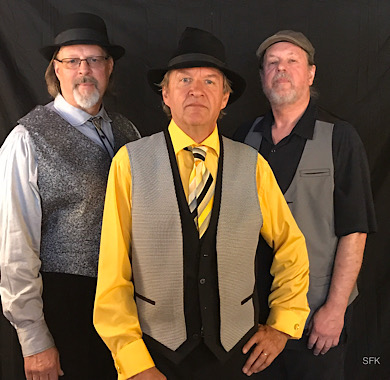 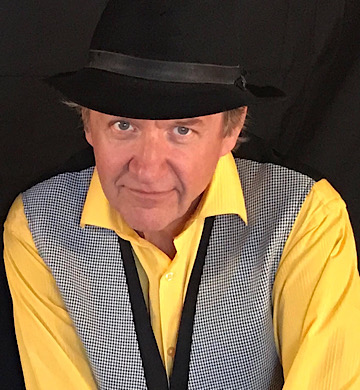 is a world class guitar player, singer/songwriter with more than 30 years of professional experience. For over thirteen years, he was a moving force of the popular group, "The Fat Tones", as an accomplished singer with a powerful voice and wide vocal range delivered from his heart and soul. Bobby's true passion began with the blues, and is still the fire that burns!

The Inland Empire Blues Society recognized him for Best Blues Guitarist in 2004, 2005, 2006, 2011 & 2012, an achievement that put him in the Hall of Fame!! He has been nominated or won many other IEBS awards as well., including 2018 Best Blues Guitarist, Blues Male Vocalist, Best Blues Performer. His Bobby Patterson Band became the IEBS Best Blues Band 2018. Their live recording from Pig Out, was awarded Best Album of the NW. Whether it is electric, acoustic, slide or scattin, his aggressive guitar skills, and unique voice combine to excite audiences at every performance. 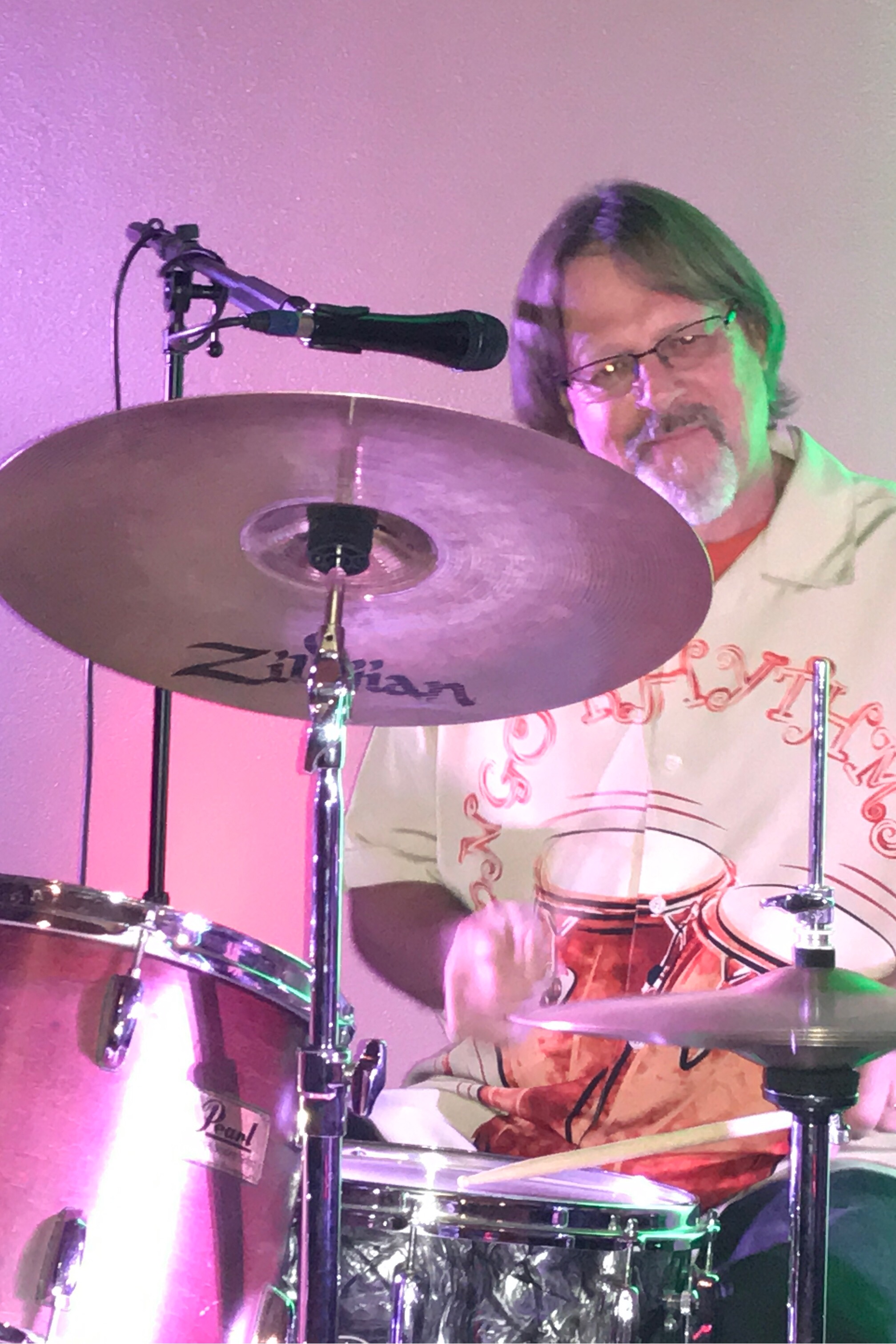 is a passionate percussionist that enjoys performing live and boasts an impressive resume. Ken, a tradesman in his craft, is a classically trained musician, with a degree in music performance, who views his musicianship as creating moments to move people. Originally from the Inland Empire, Danielson started out in the 724 Air Force Band, and has experience in genres from polka to jazz to reggae. IEBS awarded Ken Best Blues Drummer title for three years. Ken represented the Inland Empire and the Washington Blues Society in the International Blues Competition in Memphis with Bakin Phat. In 2019, Ken for Sammy Eubanks and the Working Class, winning second place in the world. Ken performs a light touch with brushes, or if the mood of the song permits, hard-hitting percussion, always providing a solid groove for the dynamic rhythm section. 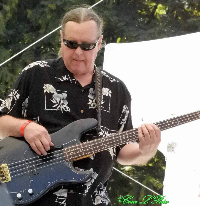 For the In-the Pocket, rock solid bass player of this group, BPB has Randy Knowles. He is a veteran musician honing his craft from age 14 when he started playing bass with a professional, award-winning band. Excelling in many styles, he has performed with various local and regional acts in genres including the blues, classic rock, and reggae. His reputation is built on character and a quality talent that the Bobby Patterson Band is grateful to showcase.

The Inland Empire Blues Society named Randy Knowles Best Blues Bassist in 2015 and 2016. Randy's personal passions include performing at community events, and his collection of musical instruments, including his '62 Harmony bass and the '62 and '78 Fender basses he plays on stage with Bobby Patterson. No band is complete without a great bass player, and thankfully, Randy is capable of moving the Bobby Patterson Band to the heights with his innovative, melodic bass solos, and simple to complex bass lines that elevate each song! 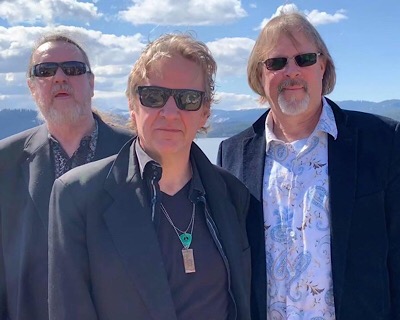